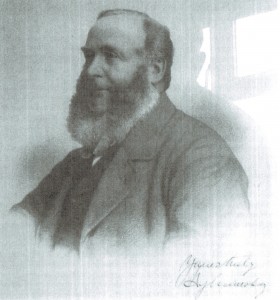 Henry was in Scotland in 1829, presumably to gain experience if iron-founding there, for his return is anticipated in a letter from Mrs Agnes Forest, “when do you expect dear Henry’s return from Edinburgh? Hoping he will pass through Kendal.” William made him manager of the Hirwaun ironworks in 1831, perhaps earlier, and often rode there to see how things were going, staying the night as the Cardiff Arms inn, close to the works. William used to bring sample of iron for Henry to see and pile them on the mantelpiece of his regular room in the inn, until the landlord complained that it might break with the weight, so two special pillars to support it were made at Cyfarthfa and presented to him.

Henry had inherited his father’s power of quick decision, was particularly painstaking and industrious, as well as being capable of handling people. The workmen respected his firmness, yet liked him for his reasonableness. There is a newspaper’s account of a deputation coming to see him about an increase wages. Henry met the men “at the office door, received them very kindly, and listened to grievances.”  He promised an increase immediately trade improved, adding that “he should always be happy to redress, as far as lay in his power, and real grievance” and “would never mislead the.” According to this report the deputation was “well satisfied with Mr Crawshay’s straight forward conduct.” William II admired this son’s efficiency and boasted, some years later when Henry was in charge of the ironworks in the Forest of Dean, that “Pits, Engines and Collieries are the most perfect in the Kingdom,” great praise from one whose standards were so high. 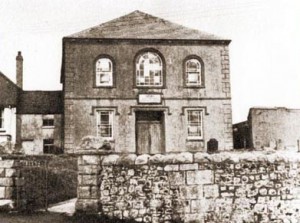 In this era the horizontal class division of society into upper middle, and lower, were absolutely rigid and, while a young man in Henry Crawshay’s position might indulge in liaisons with village girls, to marry one was unthinkable, and William II was aghast when this promising, clever son insisted on forming a misalliance with a humble Eliza Harris of Penderyn, near Hirwaun. Pay a girl for any illegitimate children of yours, but marriage!

Henry must have been genuinely in love with Eliza Harris, for he married her in defiance of parental commands and family ostracism.

A son was born to Henry and Eliza, probably out of wedlock, but only lived a short time. Then came twin girls and their baptism was recorded by the minister of Nebo Independent chapel Hirwaun, in his personal register. The birth must have been ignored by William II and the Crawshay family or undoubtedly the children would have been baptized into the established church.

No 938 Luchresah Crawshay, daughter of Henry Crawshay, Esq. By Eliza Harris in the parish of Penderin in the County of Brecon, was born December the 2nd 1834. Baptized January the 6th 1835, by me J. Harrison.

No 939 Luisah Crawshay, daughter of Henry Crawshay Esq. By Eliza Harris in the parish of Penderin in the County of Brecon was born the 2nd 1834. Baptized January the 6th 1835 by me J. Harrison. 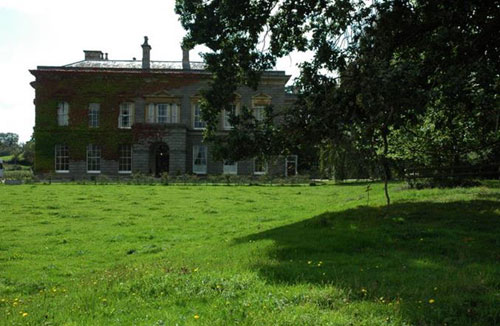 The “Iron King of the Forest of Dean”

Mr Henry Crawshay, the “Iron King of the Forest of Dean,” as he was styled, died on Monday, November 17, 1879, in his sixty-eight year, at Oaklands Park, Newnham, and throughout the forest his death evoked universal sorrow ad regret. He came from South Wales as far back as 1835, in which his father was introduced to the district by Mr Moses Teague, and soon afterwards his connection with Cinderford Ironworks began.

At that time Capt. Frazer, father of the Bishop of Manchester, was associated with a Mr Protheroe, and the Messrs Allaway were carrying on iron manufactures either near to the site of the furnaces so long since famous as Messrs. Crawshay and Son’s pig iron works. Mr Crawshay acquired valuable mineral and coal properties, the former Buckshaft, and at Lightmoor.

It is stated that from one mine alone the average output was 48,000 tons of high class hematite ore, and that during the years from 1860 to 1870 the mine yielded 398,725 tons. In his father’s death, August 4 1867, he became the sole proprietor of the Forest property, and he added to it by extensive purchases both in West and East Dean. He also acquired the furnaces and mines of the Parkend Iron Company, and tinplate mills of which and the furnaces were among the last commercial transactions with which he was associated, their sale in the one case and lease in the other having only recently taken in place. In fact, the sale of the furnaces was only announces on the day of his death.

As an employer of labour no man had done more in the Forest to promote the comfort and happiness of his employees, and during the unhappy struggles which arose of late years in the Forest, and particularly during strike of 1874-75, when for some three months the colliers of the other chief masters were on strike, Mr Crawshay declined to associate himself with the movement, as his remarkable letter in November 1874, amply testified. Other instances might be mentioned, showing to some extent how he sympathised with the miners, colliers, and other bread-winners of the Forest. His acts of generosity will be long remembered in connection with the giving of his wealth to the restoration of churches, notably at Blaisdon and Awre, which was restored by him, together with his munificent donation of £1,000 for starting the restoration of Newnham parish church. To the promotion and education he was likewise a very liberal contributor, and his aid was extended not only to Church of England but to Nonconformist schools in the Forest.

He remained at Hirwaun until 1847 when he went to manage ironworks in the Forest of Dean for his father, but his name seldom appears in accounts of family gatherings; and his wife’s name never. The marriage was a very happy union and altogether the couple had thirteen children. 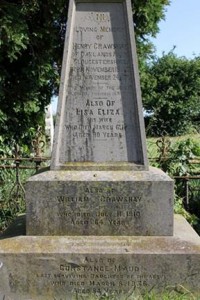 The children consist of three sons, Edwin, William, and Herbert, and seven daughters: Mrs Hill (wife of Captain Hill); Mrs Heyworth; Mrs Dennis; Mrs Creagh (wife of Captain Creagh); Mrs Talbot; Mrs Jardine (widow of the late Mr Sterry, of Swansea); and Miss Crawshay, all of whom were present during the few days of their father’s illness. Almost from the very outset of Mr Crawshay’s indisposition, his medical advisers, Dr Webb, of Blakeney, and Dr. Washbourne, of Gloucester, were present with him, and it is almost unnecessary to say that these gentlemen did everything that human skill could suggest to alleviate the suffering of their patient. The disorder which proved fatal was primary diabetes, followed by congestion of the lungs, and heart disease.

Some particulars of the deceased gentleman will be read with interest. It was about the year 1835 that the late Mr Moses Teague set out from the Forest of Dean in pursuance of a scheme of intimidation aimed against other gentlemen in the Forest, determined, as he said, to bring Mr William Crawshay to the district. At that time Mr Teague was one of the owners of Cinderford, in connection with Messrs. Montague, Church, and Frazer, the latter being the father of the Bishop of Manchester, who recently referred to his father’s connection with the Forest of Dean. The outlay at Cinderford exceeded expectations, and some embarrassment being brought about by the great depression of the iron trade, it was determined by Mr Teague to introduce “new blood.” Hence the Crawshay family were negotiated with, Mr Teague waiting personally upon the father of the late squire in order to lay his schemes before him. This resulted in a visit to the Forest by the old gentleman, who was attended by his son, Mr Henry Crawshay. The negotiations proved successful, and the result was that the Cinderford Iron Company was formed, and from that time has been one of the most prosperous works in the kingdom. During all the vicissitudes of trade which have supervised, the Cinderford furnaces have been chiefly supplied with iron ore from the well-known Buckshaft Mine. This mine, with the equally famous colliery, “Lightmoor,” form the base of a triangle of which the Cinderford furnaces are the apex.

From both iron mine and colliery Mr Crawshay brought his iron ore and coal to the furnaces over railways which were his private property. For such a long succession of years, it is doubtful whether any British mine has yielded a greater bulk of ore than the Buckshaft Mine. So great were the deposits of ore in this mine that some of the churns have been more than 14 yards in thickness of solid hematite iron ore, one of which alone took years to exhaust. From 1860 to 1870 as much as 398,725 tons were raised, the annual yield being approximately 48,000 tons. That Mr Crawshay has for a long time been the backbone of the Forest there can be no doubt, but it must be remembered that he possessed good properties, and derived handsome profits, having also sufficient capital to justify the opening of extensive areas, absolutely necessary to ensure profitable mineral speculation in the Forest of Dean.

At the time of his death, the number of his employees, at the collieries, mines, and furnaces could hardly be less than 2,000 souls. As an employer, he always lived on the happiest terms with his workers, and always lent a favourable and kindly ear to their grievances. It will be remembered how in the lamentable strike of 1874-75 he discouraged the precipitate reduction threatened by the other masters, and wrote a letter urging that the proposed 10 per cent drop should not be enforced, adding that as the coal trade had improved, he thought the colliers ought to be permitted to have ‘bright hearths and joyous hearts at the approaching festival of Christmas.’ The latter, memorable as it ever will be, evoked the highest enthusiasm among the colliers, who proposed to wait upon the squire, en masse and give him a Forest cheer in front of his mansion. In declining this honour he said, “I consider it a sad thing to see such contentions going on, and I well know there are many poor families now in want, whose heads would accept the reductions for the sake of their wives and children, but in cases of this sort some must suffer, and I hope and trust to God I may not be the means of making the breach wider between masters and men.” This will suffice, in some measure, at least, to indicate the good feeling of the deceased towards his employees, whom he always treated in times of dispute with forbearance and consideration. As a contributor to pious and charitable objects, his generosity is well known. On purchasing the Blaisdon Estate he found the church was in a miserable condition of dilapidation, and he at once rebuilt it. On responding to the toast of his health, given by the Bishop of Gloucester and Bristol, on the occasion of the opening services, Mr Crawshay stated that as there was no one in the parish to find the money, and the church being in a dilapidated state, he thought he might benefit the parishioners by rebuilding or restoring it.

Back to Crawshays main page.