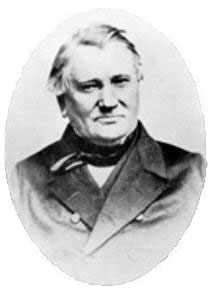 David Davis was born at Llanddeusant, Carmarthenshire, in 1797, and following an apprenticeship with his maternal uncle named Lewis, who kept the London Warehouse. After learning the business of a draper he opened his own grocery shop at Hirwaun, and this being a success he subsequently enlarged it and included the business of grocer and general dealer. Later he opened at Mill Street, Trecynon, and a third one at Aberdare. In each case the business prospered, and he became a man of substantial means. His success as a business man was due to his sagacity and to the fact that he was never afraid of work. He married Mary Lewis; with her they had 10 children. As his family grew up he was able to leave the shop in their care and moved into the coal business by leasing in 1842 a small Rhigos level from Lord Bute, with its Wharf at Briton Ferry, this was sold in 1847.

As an instance of his sagacity on old anecdote may be retold. At the time Mr Davis was dealing extensively in tallow, and heard of certain political movements affecting Russia which were likely to advance the price of tallow considerably. Forthwith, along with other traders, he journeyed to London, and before any of the others were up in the morning he made large purchases and cleared the market. By this deal it is said that he made £1,000.

His first connection with the coal industry began at Rhigos, at the top-end of the Vale of Neath, and a few miles from Hirwaun. At this place he had a lease under the Marquis of Bute, and began working a small level in the anthracite coal, which proved a success. His next venture was at Blaengwawr, which he sunk a shallow pit to the four feet seam. This pit, which is situated midway between Aberaman and Aberdare, is no longer working, but in its day it added much to the fortune of the Davis family. It was at this time that his two sons, David and Lewis, also shop-keepers, joined him in his mining speculations.

Prior to this David Davis had leased valuable steam-coal seems on the Blaengwawr estate, Aberaman and in 1843 he began sinking the Blaengwawr colliery, which started production in 1845. He initially used the Aberdare canal for transporting his coal to Cardiff, but the new business was transferred to the new Aberdare Railway in 1847. His Hirwaun shop was run by his second son Lewis, and the Trecynon shop by his elder son David Davis Jnr. By 1851 he started to sink a new pit at Abercwmboi and moved into his new house at Blaengwawr, and his son David now joined him in the running of the collieries, David Jnr moved into his new house at Maesyffynon House Aberaman. Soon the shop at Hirwaun was sold and Lewis Davis became Sales Agent for the company at Cardiff.

The firm now known as Davis and Sons opened another colliery as Abercwmboi, which has since been acquired by the Powell Duffryn Co. Here again fortune favoured them but their success was not all sunshine. A disaster, common to the coalfield took place as this colliery on Saturday October 8th 1870, when, owing to an explosion of firedamp, four men were killed and four others seriously injured, one of whom subsequently expired. In those days ventilation was caused by the old furnace, and on this occasion the men in charge had neglected the fire, so reducing the current air allowing for the accumulation of gas.

This allowed Davis to move into the previously unexploited Rhondda Fach valley leaving his sons to control his Aberdare Interests.

It was not in the Aberdare Valley, however, that these early pioneers were to win their richest reward. Not many miles away, over the hillside on which Abercwmboi was built, was the virgin valley of the Rhondda Fach, or the Little Rhondda, It was a peaceful valley where King Coal had not begun to reign and the abundance of ferns had given the spot its name of Ferndale. Here Mr Davis came, saw and began operations.

The first sinkings were to the bituminous coal, better known as “the house call” but the bituminous seams at this place did not prove to be in perfect section. The No. 3 Rhondda Seam, which was found at Dinas so well developed was here found to be almost unworkable and the fortunes of the Davis family met with a severe set-back. As a matter of fact the Rhondda No. 3 Seam thins out thins out towards Llanwynno and at that place is only a few inches thickness. Much time and money were spent by unsuccessful pioneers in the Clydach Valley before this became known.

Nothing daunted by their ill success in the bituminous seams the Blaengwawr family acted up to their mottoes of energy and perseverance by sinking to the steam coal, and found their great reward. The steam coal seams proved to be of the highest quality and of enormous extent. Every year since then the area has been developed and the total output for the various undertakings id about 6,000,000 tons per annum.

Two explosions occurred in the early days of the firm’s history at Ferndale. The first took place on November 9th 1867, when 178 men and boys lost their lives, and the second on the 19th June 1869, when the death toll was 53.

Before the second disaster Mr David Davis, Senior had retired from taking an active interest in the progress of the collieries. During his career he had built up two great businesses first as a tradesman and afterwards as a colliery owner. No man with moderate ability and energy could have done what he accomplished and, therefore, judged his work he must be given a leading place among the pioneers of the coalfield, He was a typical Welshman, and was in thorough sympathy with his workmen.
In protest at the high charges being levied at the Bute (Cardiff) Docks, Davis with other coal owners, opened a new docks at Penarth,

He died on the 9th May 1866 and was buried in St John’s churchyard, Aberdare.

After the retirement of his father, Mr David Davis, Maesyffynon, assumed control at the Ferndale Collieries, and his brother Mr Lewis Davis acted as sales agent at Cardiff. The third son, Mr William Davies, had opened out the Oakwood Colliery, Maesteg, and was fully occupied at that place.

Mr David Davis, Maesyffynon, will be remembered as a type of coal-owner, not generally represented in South Wales. He possessed an extremely gentle disposition, but this was allied with much decision of character after his mind had been made up. He was rigidly conscientious, thoughtful, intellectual and religious, and his still remembered for his genial and homely qualities. His death was greatly deplored and was a sad loss to the district.

The direction of the Ferndale Collieries fell best to Mr Lewis Davis, who was a man of sterner individuality than his brother. He was more positive and more energetic, but like the other members of his family was greatly influenced by religious motives. He gave much money in charity, and was a Liberal in politics. His direction of the firm’s affairs was of brief duration. In 1887 he a partial attack of paralysis and passed away on New Year’s Day 1888. The interment took place at Mumbles Cemetery.

David Davies Jnr. was a more public minded figure than his father and was deeply involved in the political life of the town. He was considered a good employer keeping the Davis Collieries open throughout “lock-out” on 1875, and subsequently becoming a member of the Conciliation Board.

At Aberdare he took a leading part in local affairs, especially education, and was a generous supporter of the University Colleges at Cardiff and Aberystwyth. 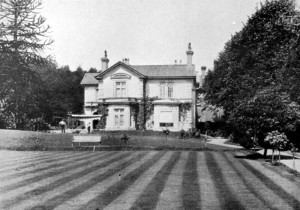 Since the death of the original founders the firm has continued to make progress, and has been on the whole very successful. The Late Viscount Rhondda obtained a controlling interest in its affairs in 1916, and the present directors are: Sir D.R. Llewellyn, Viscountess Rhondda, Sir Archibald Mitchelson, Mr H. Seymour Berry, Major F.S. Cartwright, Sir Leonard W. Llewelyn, Mr F.L. Davies and Mr David Hannah.

The 4ft Seam of Steam Coal was struck in what is now called “Ferndale No.1 Pit” in 1862. Earlier in the sixties the sinking to win the No.3 Rhondda Seam in the Rhondda Fach Valley proved disappointing, the Seam when found proving unworkable. It was then decided to attempt the lower steam measures with the result given in the opening paragraph.