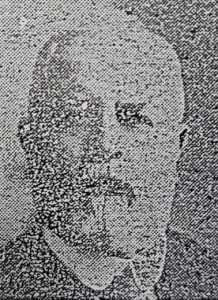 An interesting meeting was held at the Welsh Baptist Schoolroom, on Saturday afternoon last, when the staff and employees of Messrs. W .P. Powell and Co. Ltd., made a presentation to Mr. Thomas Jones, J.P., on his retirement for the active management of the Company. The function was preceded by a sumptuous tea, given by Mr. and Mrs. T. Jones, to all the staff and employees. Mrs. M. J. Jones, Mrs. T.G. Tucker, and Mrs. H.B. Jones presided at the tablets, assisted by Miss Jane Davies, Miss Blodwen Williams and Miss Eleanor Harris.

In the opening address, Mr. Rees dealt with Mr. Jones’ long length of service with the Company, having commenced as an office boy with the late Mr. William Powell, who was the founder and the pioneer of the Company. Having been closely associated with him for upwards of 30 years, he had great pleasure in bearing testimony to his good qualities and capable supervision and he left glad that his lengthy service was so fittingly acknowledged by those who had worked under him.

Interspersed with a song by Mr. Mervyn Davies, Aberdare, a recitation by Mr. Snow, and a recitation by Mr. W. G. Stephens, speeches were given by Messrs. Jennings, Snow, R. Elliott, E. Duddridge, Tucker and Dd. Davies, Dowlais, who had walked all the way in order to show his appreciation of his esteem for Mr. Jones, and Ben Jones. All testified to the excellent qualities of Mr. Jones and wished him a happy retirement from the active management and also felt pleased that he was not altogether severing his connection.

In the absence of Mr. John Thomas, who was the oldest servant of the Company, the Chairman then presented Mr. Jones with a handsome bureau (mahogany) bearing the inscription “Presented by the staff, and employees of W.P. Powell and Bo. Ltd, Hirwain, to Mr. Thomas Jones, J.P., on his retirement from the active management of the Company 1921.”

Mr. Jones then feeling responded and thanked all for the goodwill which prompted the presentation. He dealt with the progress of the Company and having started with Mr. William Powell in 1869, and being the only one surviving of the old brigade he felt like a pelican in the wilderness. He paid a high tribute to the staff and employees and trusted they would all continue to give the same support and co-operation to the new manager, Mr. Rees. Owing to the train service being curtailed the meeting then terminated.

Mr. Jones will accept the good wishes of all who knew him.

He commenced his business career in 1869 under the late Mr. William Powell being the son of the late Mr. and Mrs. Thomas Jones, Penderyn, his father having been foreman at the Penderyn Quarries for 40 years.

He was educated at the seminary, Trecynon, under the Rev. Rhys J. Jones, M.A. He became cashier in 1870 and in 1887, on the death of Mr. Wm. Powell, when the business was taken over by Mr. W.P. Powell, he was made manager. In 1898 the business was registered as a limited liability company Col. G.R. Powell as chairman, Mr. Jones being appointed a director, a position which he still holds. He was made a “J.P.” for Breconshire in 1912.

He is a well-known throughout South Wales. He is an ardent Baptist having been treasurer of Ramoth Welsh Baptist Church since 1888, and has taught and advised several young men to live worthy of the Master’s cause.

Mrs. Jones is a daughter of the late Mr. and Mrs. Wm. Hodges, Somerset House, Aberdare, and a sister of Mr. Frank Hodges, J.P., Aberdare.

All unite in wishing Mr. and Mrs. Jones a long life happiness.

Back to Miscellaneous Press Cuttings