The chapel was founded by a group of Trustees from the Methodist Chapel in Green Street, Aberdare opened on 17th October, 1876 and served by members of the Aberdare English Weslyan Methodist circuit.

A very happy ‘family’ chapel with a music being the focal point for many years. Mr. George Collier founded the well acclaimed mixed choir c1915 which won many prizes at local festivals, conducted by Mr. G. Collier, for many years. 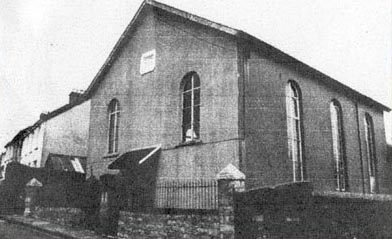 A male voice choir was also formed by him in the village. Over the years The chapel had a thriving ‘Band of Hope’ Wesley Guild, Youth Club, Sunshine Corner and Boys’ Brigade which continued into the 1960s. Music continuing all the while. The young people were always foremost in the various aspects of the chapel’s life. Musical operettas were produced, and every Christmas the annual Nativity play was a real treat. Owing to severe storm damage the main chapel closed early 1980s and the vestry was used for some years as a meeting place, finally closing in the 1990s. 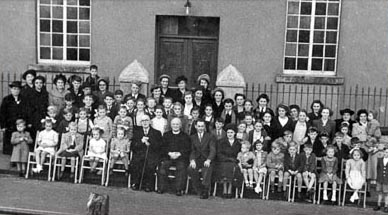