The cause was formed in 1805 and its early meetings were held in an old barn in Station Road, on the Glamorgan side of the river bridge.

The first chapel was built on that site in 1824. With increasing membership, that building became too small and it was converted into cottages in 1837 and a new chapel built adjacent to the original building.

The chapel was rebuilt again in 1889. The chapel flourished fo many years after the 2nd World War – 1939-1945 – membership decreased and finally in 1977 the members transferred their allegiance to the English Wesleyan Chapel in Penyard Road.

The building was demolished in 1981 and the Roman Catholic Church, St. Therese of Lisieux , was built on the site. 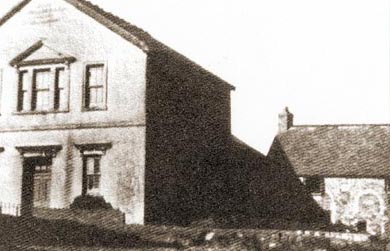